That's awesome! My new armor will be here Tuesday so I'll be ready for the next ride!

What did you order?

I have no idea, JAS ordered it for me and thankfully takes care of that kind of stuff for me.

The Alpinestars kit. We are still considering wearable armor, but have put off going down that road for now.

Gotcha. I wish that I went that route early on. One set. Wear them everywhere. When new tech comes out, just buy that and sell the old ones.

bmart said:
Gotcha. I wish that I went that route early on. One set. Wear them everywhere. When new tech comes out, just buy that and sell the old ones.
Click to expand...

What model(s) do you recommend? The challenge for us (as always) is going to be finding jackets that fit.

I'd have to do current research. Right now I'm running Vanson gear in all of my Vansons with an added Dainese back protector and Knox chect protector...but I had to drill a ton of holes in it to get some air flow.

We're in a worlk with a million choices (I call it the paper towel aisle problem) and yet everything you buy has to be modified to be truly useful. Curious, isn't it?

But seriously! Yes you are a thousand percent correct. Seems like nothing works out of the box. I have a very similar pet peeve: products that are designed to do only one thing but yet somehow manage to fail miserably at it. For example, can openers that can't open a can properly, or candles that won't stay lit, or the ice machines in modern refrigerators that can't make ice. THEY HAVE ONE JOB.

But aaaaaanyway. This looks interesting: 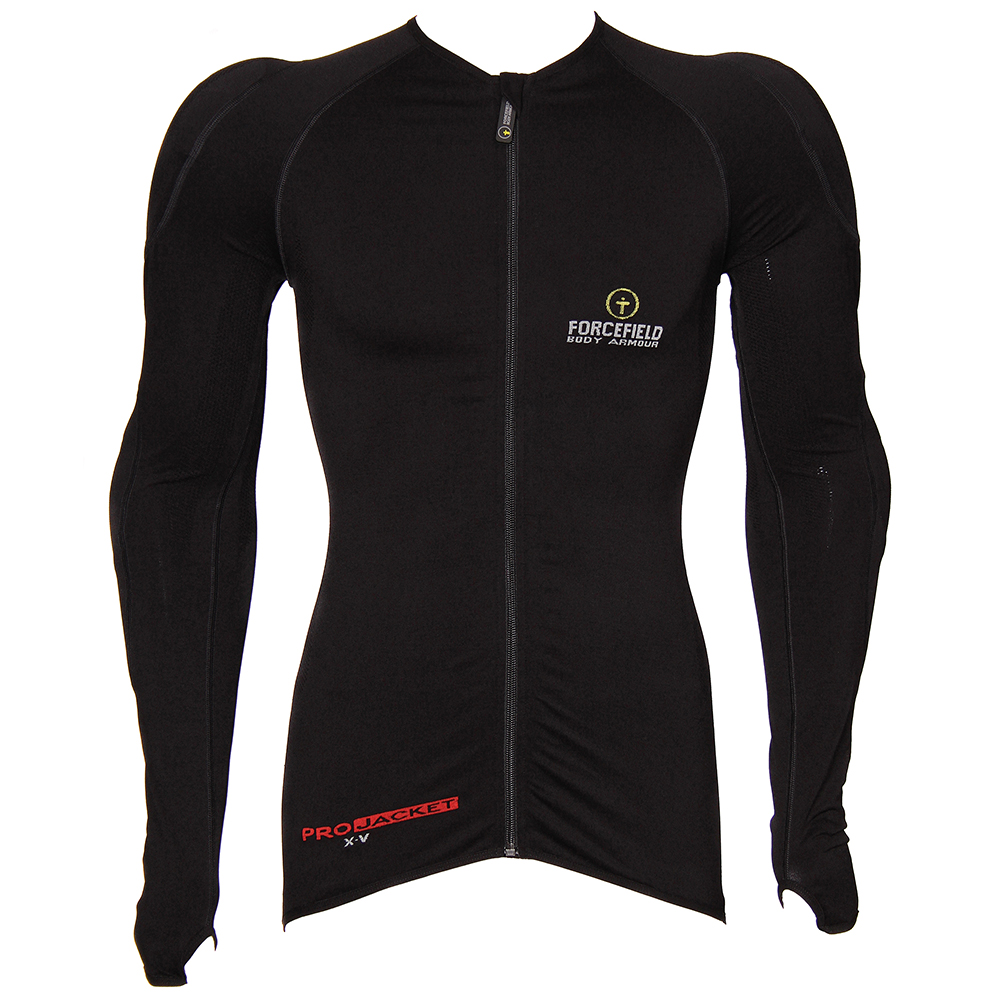 That looks nice. I really like the idea of it because of one main thing...it stays where it is supposed to. My cordura gear's armor goes where it wants...

We ordered a ForceField Pro Jacket for KK. If it works out, she'll have full Level 2 armor in all of five of her jackets and suits for the cost of one set.

If any lurkers are reading this, you can get them on FleaBay direct from the UK for a lot less than $250.

Do you run Q3+'s on your Viffer? If so, what kind of life do you get out of them?

No need. I run old RoadSmart IIs until the closet doesn't have them any more. lol I've never wanted for more grip, wet or dry, but you ask a lot more of your tires than I do.

I get about 2.5k miles out of nearly anything I put onthe CB-1, with the front still good.

Speaking of asking a lot of tires, I've about had it with the Interact Z8s on the F800GT. Three times now the front has tucked on me - once on old 18, once on the most recent ride with bmart, and once today. My long, long list of bad experiences with sport-touring tires continues. (I totally get that s/t tires offer plenty of traction if you don't ride like a complete knucklehead, but what can I say.)

Gonna have to rip the Z8s off and put on some Power 5s or something. Having said that, one check mark in the Z8s favor is that they lasted longer than any other s/t tires I've tried before being ripped off in anger ... almost 1000 miles.

And to all the internet articles claiming modern s/t tires offer just as much traction as sport tires did a decade ago, I offer this well-thought-out and long-winded rebuttal: No they don't.

1-It is a Metzler. What did you expect?
2-I think that it is normal for you to really push tires hard. Did they happen in cooler temps, below 70F?
3-I am absolutely in love with my RoadSmart IIs, but Dunlop has moved on to the IIIs and now the IVs. I have a new set on the VFR and another new set of IIs in the closet. I've even run them on the track on teh VFR. While one bumps into the limit pretty early, they are as predicable as most Dunlops making it very easy to ride around a deficiency.
4-Michelins? You can have them. The only track tire I've tucked the front on.
5-They (ST tires) absolutely do....

Hey, back when we started riding you couldn't get better tires than Metzeler! Remember the ... ME33 I think? That iconic diagonal pattern on the front and the diamond pattern on the rear? Those were everywhere and you'd even see guys running them at the track. (I was a corner worker at Moroso back then ... volunteering entitled you to a few free laps at the end of the day and that was payment enough for a kid with no money to go racing.)

The only other time I tried Metzelers (before now) was the OEM tires on the 2000 TL1000S and yeah they were terrible. MEZ4s IIRC? Very first Mountain Run with the TL1000S they tried to kill me multiple times. Got home and immediately ripped 'em off. Total time on bike: one Mountain Run LOL.

edit - oh and I want to try some modern Dunlops but they don't have anything between the Q3+ and the Roadsmart IV, and from what I've read there's a pretty decent gap between those two tires in terms of traction and longevity. The area between them is my sweet spot for street tires.
Last edited: Jan 19, 2021

Nearly every Dunlop rider I know, me aside, uses a Q3+ front and RS rear. If you can manage to contain yourself, that'll likely work well. i'm two up knees down on the VFR on the ST set without any issue. I'm not suggesting that you are ham fisted, but I am told that I am very smooth.

Everyone loves the traction available in new tires and everyone complains about longevity. The old tires lasted longer because they had less grip. I'm going to run my 2008 set on the 250 until they rot off or wear out.

I also have been told many times that I'm smooth. By women at bars! But seriously, it's hard to be fast if you're not smooth. I might try the Q3+s, but not going to put sport-touring tires on any bike that goes to the mountains. Been there done that multiple times and not doing it again.